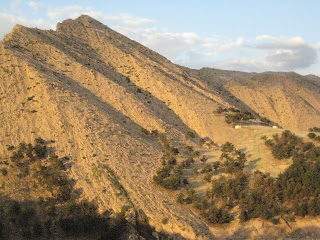 Living in Iraq gives me a new appreciation for the rights we have as Americans to participate in the democratic process of Tuesday's election.  I have had so many Kurds congratulate me on the re-election of President Obama and exhibit sincere joy. One staff member, who speaks very little English, was so excited to have watched the election results and the president's victory speech -- she rushed into my office with a huge smile, as happy as the Americans I watched in Chicago and Times Square on CNN celebrating after the election results came in.

One former Heartland staff member sent the following (unedited) message to a mutual friend who passed it on to me:   "I want to say re–elected Obama congratulation, congratulation to all American people, really American people did a right decision, in here in sulaimania me and [my colleague] were Voted to Obama spiritually."

Another (Kurdish) staff member told me he couldn't sleep the night before worrying and he particularly noted in Obama's victory speech his reference to "people in other parts of the world risking their lives to have a chance to argue, cast their votes, like we did today."  He said "that sums up what we are dealing with in Kurdistan and Iraq.  I think Iraq and the world will be a better place with Obama in the White House."

This last message is particularly apropos in light of the following warning the US State Department sent the morning of the election:

The Department of State warns all U.S. citizens of an increased threat of terrorist activity against U.S. interests in northern Iraq in the run up to and through the U.S. elections on November 6, 2012.  The Department of State urges all U.S. citizens to defer non-essential travel to urban areas in Northern Iraq, including Erbil, Suliemaniyah, Dohuk and Kirkuk.  The Department of State further advises U.S. citizens to avoid large gatherings or public events as those are often targets of terrorism.  Additionally the U.S. Embassy has directed Chief of Mission personnel to defer all non-essential travel to Northern Iraq until further notice.
In my 18 months in Iraq, this is the first warning I have seen that actually mentions Sulaimaniya.  Luckily the day passed here without incident, though a car bomb killed more than two dozen people at an Army base near Baghdad.

May our re-elected president and all the leaders of the world join together to bring greater global peace and security.
* * * 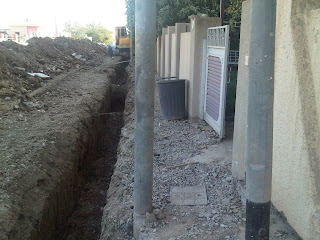 In Chicago where I used to live there's a joke that the city has two seasons:  winter and construction season, and by construction, what is meant is road construction and refurbishing -- including filling in the potholes from the prior winter.  I feel like we're living in a bit of that here.  A couple of weeks ago I went to lunch with friends on a Saturday and when I came back, the road and what amounts to a sidewalk in front of the office and my house had been totally torn up (as shown in the above picture).  This week steps were taken to finish it: 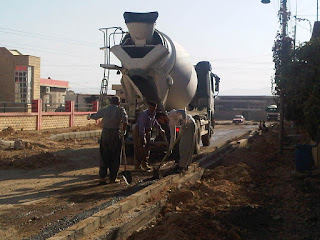 And I have to confess that once the cement dried, like a little kid I had to write my name in it -- but no hand print.

It's also the season for pomegranates -- and Iraq has the best in the world.  So now and for the next few weeks I'll be feasting on this wonderful fruit. 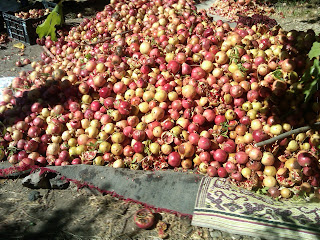 Posted by Lynn Hiestand at 8:27 PM